You are here: Home1 / Smart Cities

Iptsat boasts a consolidated experience in the territorial planning field, both in the geographic database creation, the thematic cartography drafting, the data preparation, presentation, analysis and interpretation.

Among the services offered:

Iptsat offers to municipalities their own geographical database creation according to the specifications foreseen by the INSPIRE directive, at low cost.
The Municipal Site realization foresees: the Geographic Data Bank creation, the  WebGis data publication, the maintenance of the same also through hosting services with diversified users.

The cadastral data is the cartographic element reference used by administrative authorities for territory planning.

In a cadastral map there are distinctive elements such as cadastral parcels and buildings. Very often, cadastral data are available to administrative bodies in CAD formats not always compatible with the normal GIS system functions. 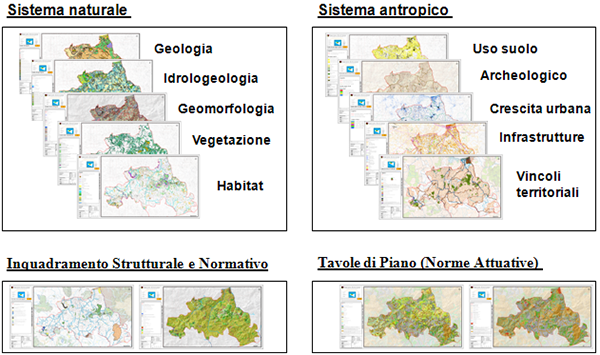 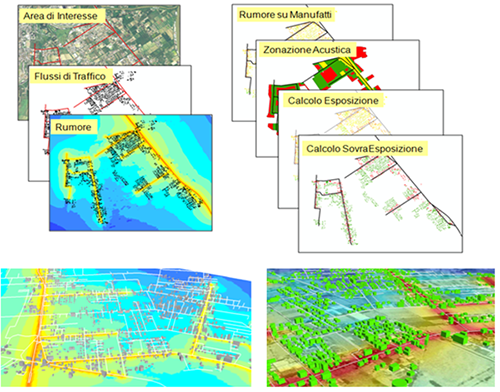 The Urban Planning Certificate is the document containing the technical requirements of land or buildings urban and planning nature and is normally required for sale and succession deeds, contractual stipulations, or in all those cases in which someone needs to know the constraints falling within a given area.

The certification is issued by the municipal offices by the citizen request and is valid for a year.
Iptsat is able to offer automated solutions, both on the local and shared (web) platforms, allowing the UPC release.
The Iptsat solutions provide data organized usage in a (Municipal Territorial Information System).
The UPC is obtained through the a WebGIS application use capable of processing the Site query functions and preparing all the information released by the system, in the following formats:

The expression smart city indicates, in a broad sense, an urban environment capable to actively improve its citizens quality of life. The intelligent city
manages to reconcile and satisfy its citizens needs, business and institutions, thanks also to the ICT widespread and innovative use, especially in communication, mobility, environment and energy efficiency fields.
Although the meaning of this expression has not yet been uniquely defined in detail, it agrees with the attention to people’s needs characteristics, the careful resources consideration and management, the sustainable development and the economic sustainability. “

Cities became the focal point of the new Millennium politics and economic strategies. The economic development guidelines of international bodies and legislators follow the “megatrends” characterizing the city of the 21st century. These “trends” are:

What are Smart Cities?
Smart cities are intelligent cities, in practice the cities (as administrations, citizens and companies) capable of connecting technical and technological infrastructures in a smart way.
Perhaps, geospatial data and technologies represent the “smartest” data, capable of solving
different proportions problems.

Iptsat develops infrastructure and geographic data harmonization projects within municipalities, allowing its access and usage by the users greatest number through the conversion in open data and catalogues and webgis publication.

We develop 3D models of cities through Esri CityEngine software